THE CARTOGRAPHIC HISTORY OF THE CHANNEL ISLANDS

Hand bound in a limited edition of 275 copies

The Channel Islands have always enjoyed an importance out of all proportion to their size, from Neolithic times, through the Roman Empire, to the Venetian traders of the middle ages and beyond. The strategic importance of, and trading opportunities in the islands has meant that they have been mapped for over half a millennia.

The legacy of that interest is a wealth of stunningly beautiful maps, which chart both the world’s changing perceptions of the islands and their actual development. We have assembled over 120 of those maps in a new work, the first survey of the mapping of the islands, full size and full colour. 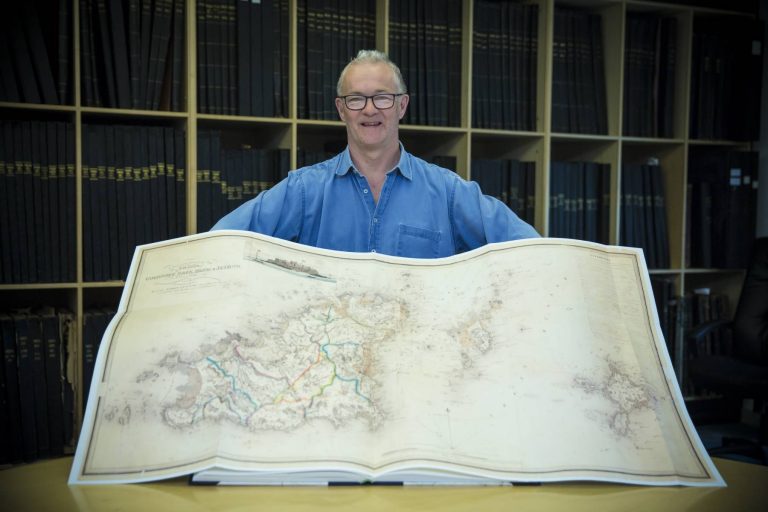 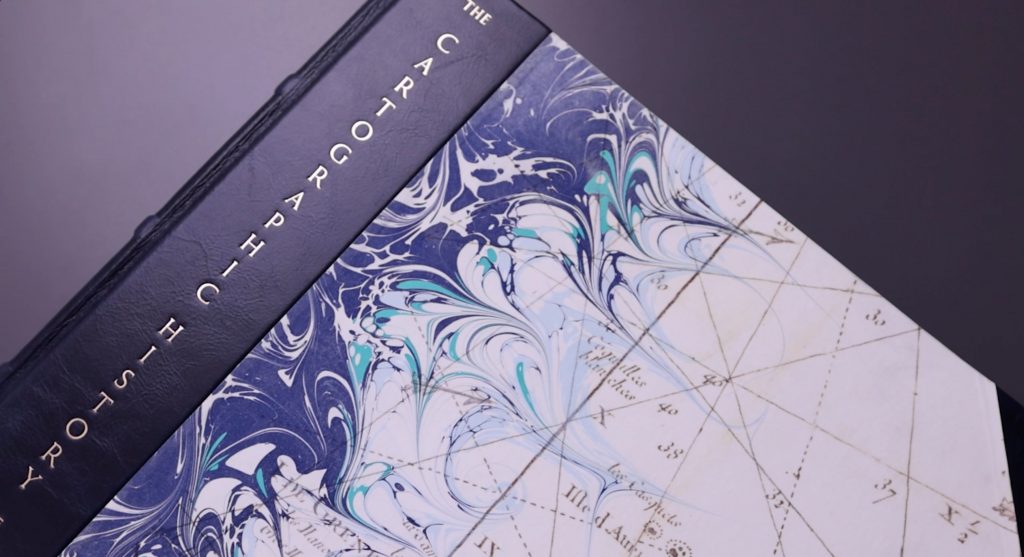 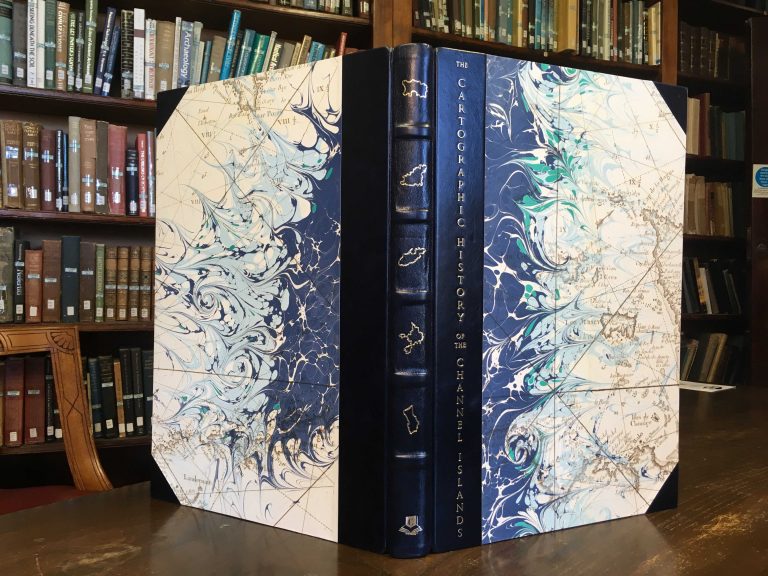 The Cartographic History of The Channel Islands is published as a limited edition of just 275 copies worldwide and hand bound in navy blue half leather with raised bands to the spine. The covers are specially commissioned marble papers based on an old map of the islands, meaning that each copy is unique. The finished book measures an impressive 500 x 335 mm. It contains over 180 pages, printed on 170gsm, acid free, archival quality paper including 5 foldouts of the larger maps using the latest, cutting edge, digital technology.

We chose to print digitally in order to effect the best possible reproduction. As the maps come from disparate sources spread over 500 years there is a huge range of tone and colour. Printing digitally enabled us to treat each individual image as if it were a giclee print and we pushed the press to the absolute limit with the page size as we wished to publish as many of the maps as possible in full size.

The book starts with images by kind permission of both the British Library and the Bodleian showing some of the earliest maps to depict the Channel Islands including the Gough map of Great Britain and one of the earliest Venetian “portolans” or Venetian merchants maps.

The bulk of the material in the book comes from the Priaulx Library’s extensive collection, which includes works by all the principal map makers of their day, including Wagenhauer, Mercator, Norden, Jansson, Blaeu, Speed, Dobreé, Bellin and Faden to name but a few.

The Priaulx material is supplemented by maps from the Clarke Collection, which is held by The States of Jersey Archives. This hugely impressive collection of Channel Island and Jersey maps includes the rare Polyolbion, which rather bizarrely, depicts the islands as nymphs as well as a very high quality selection of Jersey material.

We also sourced an original colour copy of De Suasmarez’s famous and very beautiful 1727 map of the Channel Islands from the UK Hydrographic Office and it is reproduced in the book in colour for the first time, as is the copy of Grey’s map of 1816 hand drawn by Peter Le Lievre and shown below.

We have made sure to include images and charts of Alderney, Sark and Herm with some exceptionally beautiful hand drawn maps from the turn of the last century and Popinjay’s famous map of Herm. By kind permission of Guernsey’s Royal Court the book also has Thomas Phillips’ maps taken from the Legge Report [The King’s Survey of The Channel Islands 1680], which we published in 2011.

The Royal Court also gave us permission to create a new map of Guernsey in 1944 by combining some 13 coastal maps depicting the fortifications and taken from the Festung Guernsey, which we first published in 2007. These combine to create an image of the whole island and its principal fortifications.  This and many of the hand drawn maps are published here for the first time. 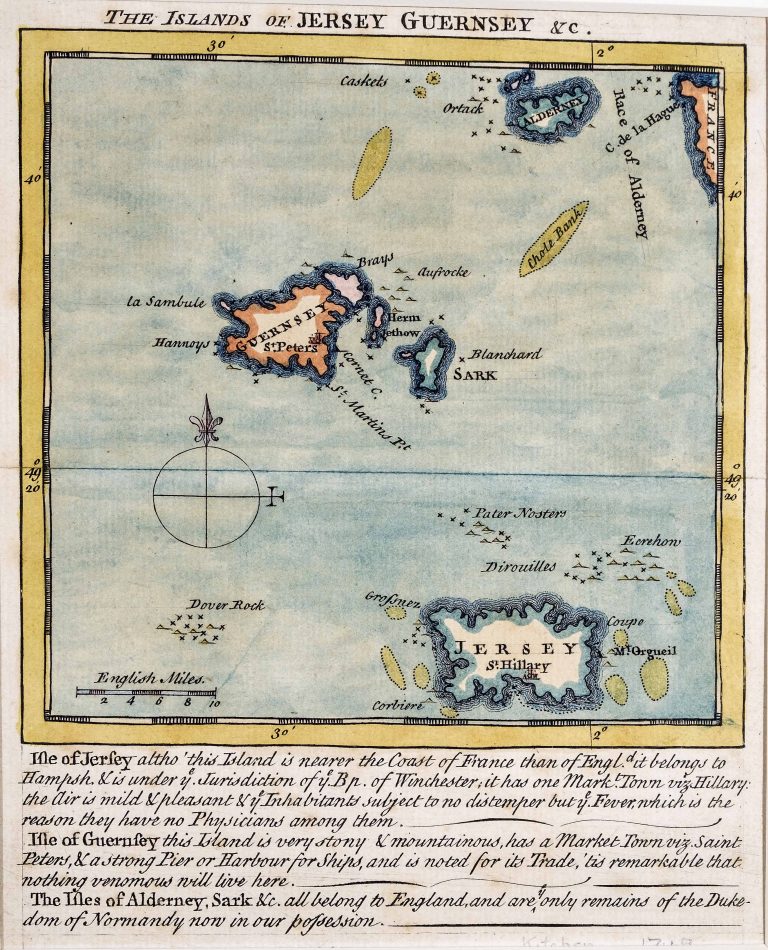 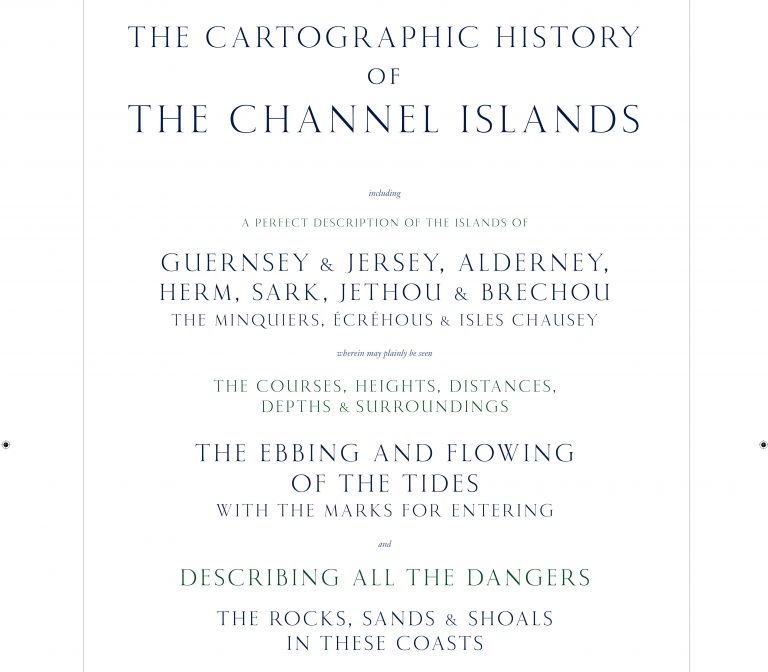 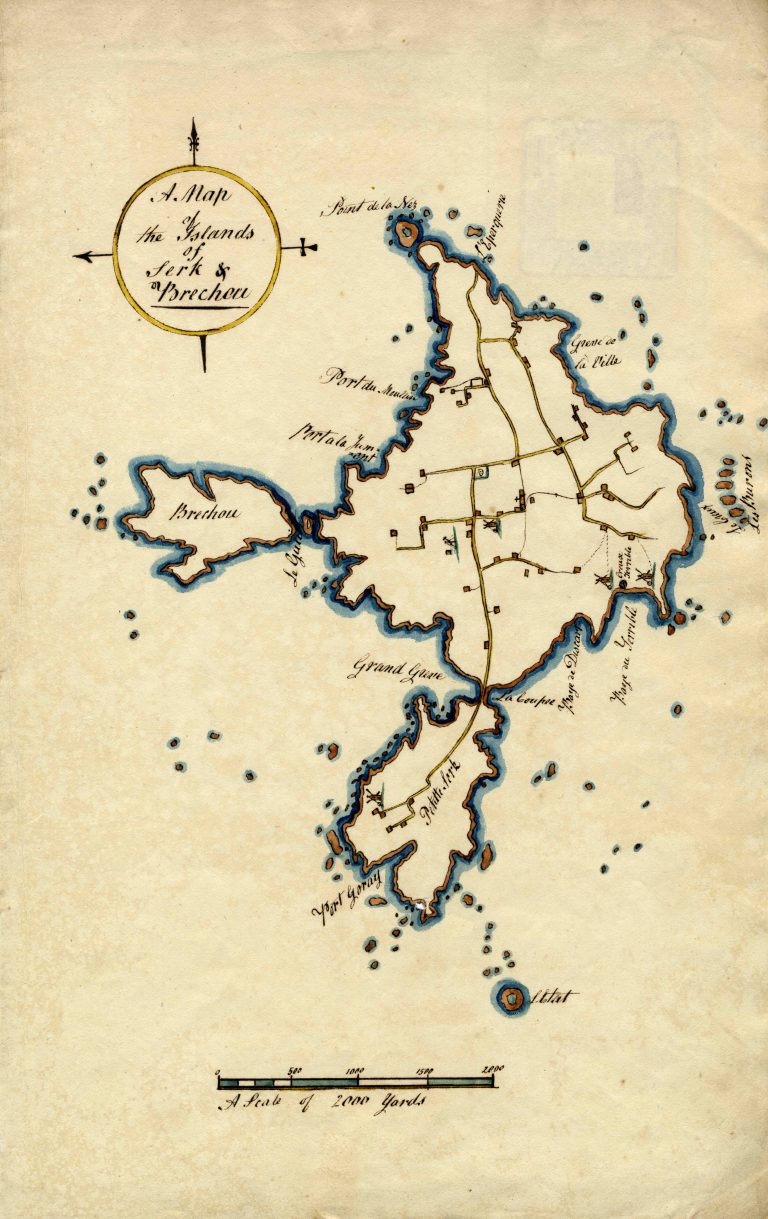 THE CARTOGRAPHIC HISTORY OF THE CHANNEL ISLANDS costs £1150.00